Kawaii (lovable”, “cute”, or “adorable”) is the culture of cuteness in Japan. It can refer to items, humans and nonhumans that are charming, vulnerable, shy and childlike, for example Hello Kitty 🙂

The rise of cuteness in Japanese culture emerged in the 1970s as part of a new style of writing. Many teenage girls began to write laterally using mechanical pencils. These pencils produced very fine lines, as opposed to traditional Japanese writing that varied in thickness and was vertical. The girls would also write in big, round characters and they added little pictures to their writing, such as hearts, stars, emoticon faces, and letters of the Latin alphabet.

These pictures would be inserted randomly and made the writing difficult to read. As a result, this writing style caused a lot of controversy and was banned in many schools. During the 1980s, however, this new “cute” writing was adopted by magazines and comics and was put onto packaging and advertising.

Because of this growing trend, companies such as Sanrio came out with merchandise like Hello Kitty. Hello Kitty was an immediate success and the obsession with cute continued to progress in other areas as well. The market for cute merchandise in Japan used to be driven by Japanese girls between 15 and 18 years old. No longer limited to teenagers, the spread of making things as cute as possible, even common household items, is embraced by people of all ages.

Gorgeous black wallet with attractive hot pink cut out Hello Kitty face design. This handy wallet allows you to carry your cards, coins and notes with ease. Featuring space for up to six cards, notes compartment and secure, press stud coin pocket, there is no better way to keep your money safe. (H) 13 x

We have a selection of Hello Kitty themed kitchenware on our site, but if you need any inspiration why not have a look at these scrumptious Hello Kitty delights:

Gorgeous black coin purse, featuring Hello Kitty’s face in a hot pink cut out design. This cute round purse is an ideal place to store your rainy day fund and will fit into almost any bag or pocket! With easily accessible zip opening and cute Hello Kitty branding on the back, you will be able to shop in style wherever you go! (H) 9 x

Hello Kitty wishes you all a Happy Valentines Day

Personalise your phone or bag with this cute Hello Kitty phone charm. Featuring easy attachment and a classic Hello Kitty figure, this charm will keep you on trend. (H) 20 x

We now have in stock cute Hello Kitty Keychains / phone charms (However you would like to use them). There are 3 new designs for you to collect:

Shortly after her creation in 1974, the first Hello Kitty product, a vinyl coin purse, was introduced by Sanrio.

Hello Kitty sold well after the 1974 launch, and Sanrio’s sales increased seven times. Hello Kitty was originally marketed only towards a child and preteen audience. In the 1990s, the target market for Hello Kitty was broadened to include teens and adults as a retro brand. Marketed to those who could not get Hello Kitty merchandise as children, or who fondly remember items they had, Sanrio began selling Hello Kitty branded products such as purses and laptops. The 1994–1996 Face series was the first to be designed for a more mature appeal. 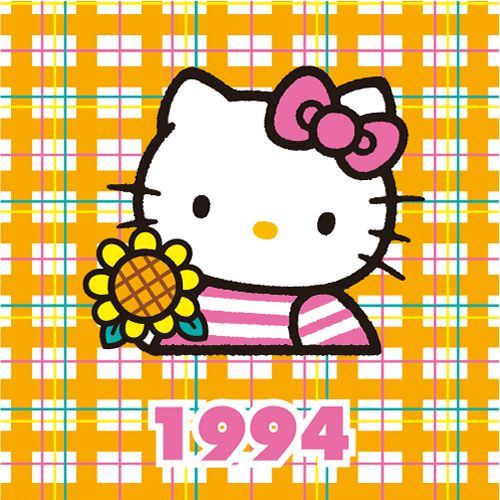 Hello Kitty and Mimmy celebrated their 40th Anniversary on 1 November 2014. The “Arigato Everyone Birthday Celebration” took place in Sanrio Puroland in Tokyo for several days.

A charm is the perfect gift for Valentines day, so give the one you love a small token that they can keep with them at all times.

This cute charm will look wonderful attached to a mobile phone or keyring. The clip also means it is a perfect size to add as a charm for a necklace, bracelet or zip. Presented in a heart shaped box, the charm Size (H) 2 x

Dizzy Pink is an online store striving to bring the UK the best in Hello Kitty gifts and accessories. We have over 500 different items in our store, so please come over and have a look, you never know what you will find.